Back to all posts

Tumes (A Tribute To James Mtume) 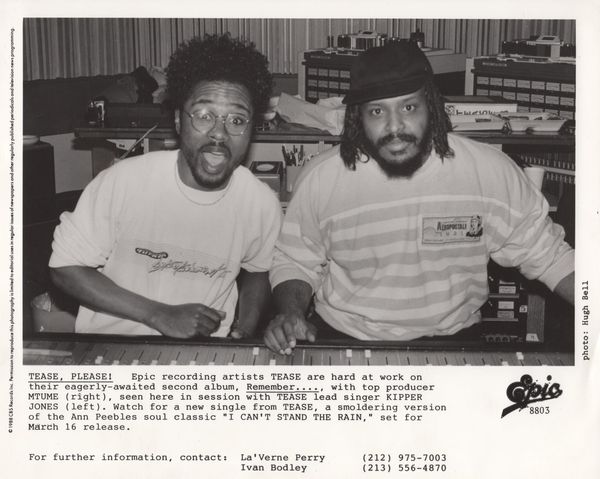 I can’t just say, “Rest in peace, Mtume," like he’s just another celebrity swept up in this wave of transition. No, I absolutely must take this moment to share with you how integral a part this iconic figure in music history played in my life, and career!

I called him my “Musical Godfather”. We never had any kind of ceremony, or anything. But that’s just how much he meant to me.

1987 started like a fog. My band, TEASE, was coming off our best showing yet. We had a Number 11 record in ‘86, and we were anxious to get going on the next record. But as fate would have it, the gentleman who signed us to Epic Records (legendary Black Music executive, Larkin Arnold) had announced his retirement from the label, which pretty much rendered us without a champion on the inside. We had produced the lion's share of the previous project ourselves, so we were expectedly disappointed when the label suggested we enlist a “name” producer for the next project. We knew who we were, and what we wanted to do, so entrusting that to someone else is always a tricky thing. But, after pouting about it, we found out the producer in mind was James Mtume. For me, it was a go!

"His creation produced arguably one of the most classic R&B records of the 20th century, 'Juicy Fruit,' which through its sampling derivatives, is also foundational in Hip-Hop. So [James Mtume] is, quite frankly, the shit!" - Kipper Jones

Anyone who knows about Tumes, knows that he has ”histories." His luminary turn as percussionist for Miles Davis’ revolution of Jazz Fusion is simply historic in itself. His production legacy with Reggie Lucas that resulted in classics by Phyllis Hyman, Stephanie Mills, Roberta Flack and Donny Hathaway, and the onslaught of Madonna, is the stuff of legend. Then there is Mtume, the band. His creation produced arguably one of the most classic R&B records of the 20th century, "Juicy Fruit," which through its sampling derivatives, is also foundational in Hip-Hop. So Tumes is quite frankly, the shit! And while I looked forward to working with him, I didn’t know what all came with that. 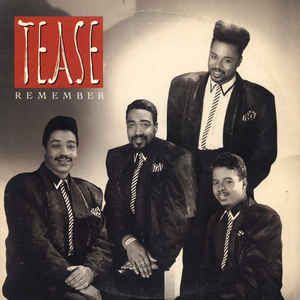 During the early sessions for the Remember project, I watched as Tumes would take certain notes out of keyboard chords, and play counter melodies on another instrument. Probably doesn’t sound like much to some, but for me, it was "Producer’s School." All the Miles Davis stories, during down time; you couldn’t pay for this kind of education. Recording background vocals with the legendary, Tawatha Agee, was an experience to be treasured!

"I watched as Tumes would take certain notes out of keyboard chords, and play counter melodies on another instrument. Probably doesn’t sound like much to some, but for me, it was 'Producer’s School.'" - Kipper Jones

The A&R guy at the time had chosen a song written by Max Gronenthal, Andrew David Kastner and Larry John Mcnally called “Somewhere, Somebody." Tumes kept putting it off, calling it, ”that country-ass song." So one day, during the L.A. sessions, he says, “Hey, I think we need to get Sly on this tune.” Sly? Yes, Rock and Roll Hall of Fame inductee, Sly Stone. Tumes tracked him down, and the next thing I know, I’m standing across the mic from him, singing one single background track. Did I say, SLY STONE?! That only happens because Mtume is the man who can make that kind of magic happen. 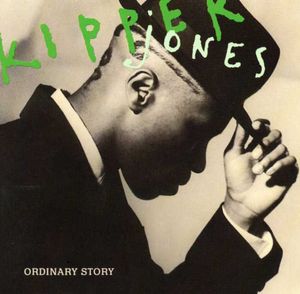 Also during the L.A. recordings, Tumes saw my frustration with where I was in my career, and in my life. He said very simply, “It’s time for you to go. What are you waitin’ on? It’s time for you to tell your own story.” It made me think, “What was I waiting for?" Someone’s approval? The only approval I needed was my own. So, believing that the net would find me, I took the leap. And it did. I landed at Virgin Records America, as the first solo male performer signed to their newly framed Black Music Department. With Mtume’s brother, Jeff Forman, as my A&R person, I was indeed able to tell my story. In fact the album, Ordinary Story, although not a commercial success, received great accolades from both Connie Johnson, (then at the L.A. Times), and from USA Today, from the late journalist James Jones, and garnered me an NAACP Image Award for Best New Artist. None of this happens without James “Mtume” Forman.

"It made me think, 'What was I waiting for?' Someone’s approval? The only approval I needed was my own." - Kipper Jones

It’s probably fair to say that writing and producing for Vanessa Williams, Brandy, Kenny Lattimore, Chaka, etc. would never have happened for me had I not attended the University of Mtume. I will forever be a student, and will always extoll the professor who poured so much into me.

“No one ever dies, as long as someone living says their name.”